IF you want to end monkeypox in the United States, close the bathhouses, the gay bars, park restrooms, and encourage the homo men to return to practicing safe sex, if not chastity. Without the so-called ‘gay gene’ being discovered- and believe you me, they are searching high and low for it- homosexuality is 99.99999-percent choice, not a matter of birth. Will people be mad at us? Sure, but we don’t give a flying hoot because it is important to always speak the truth. 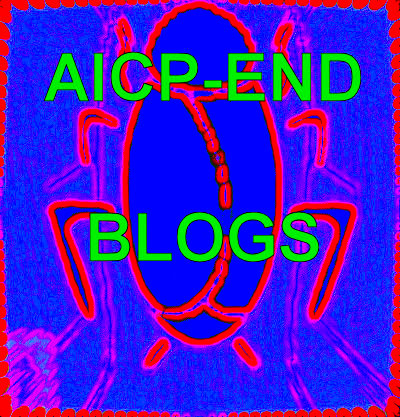 This artwork is #0915 a 16” x 20” original oil painting by Beverly Carrick, which, she entitled, “Sunset and Verbenas.”  It is among her more beautiful works and is available for sale.  You can see much more of her work at her website, found at beverlycarrick.com.  At her website, you will see not only more original oil paintings but also lithographs, giclee, prints, miniatures, photographs, and even her award-winning instructional video entitled, “Painting the Southwest with Beverly Carrick.”  For more than 60 years- up until her untimely death from cancer in 2012- Bev stood before the easel and painted for 10-12 hours per day. Known around the world for both the beauty and timelessness of her artworks, her paintings are in demand as much today as they were 30 years ago.  Hanging in private and public galleries and followed by many fans encircling the globe—her works instill awe because of her artistic brilliance and personal beauty.  We urge you to go to her website NOW and view her stunning body of work, one the Chi-Coms have long tried to copy and sell facsimiles of but which none of them have ever been able to reproduce well enough to fool novice art buyers.  Once there, it is possible that you will find something you like and will want to buy it for yourself, a friend, a loved one, or a neighbor- virtually anyone.  You will not be disappointed so please: do yourself a favor and go there as quickly as your fingers can tap the letters on your keyboard.  The American Institute of Culinary Politics-Elemental News of the Day, aka the AICPENDBLOG.COM, thanks each and every one of you, our beloved, loyal fan base.  DON’T buy any counterfeit bull crap coming out of mainland communist China, especially from Xinjiang Province, ground zero for Chi-Com National Socialism.

The above icon is the “Trademark of Quality and Symbol of Integrity/Logo” of the Magnolia Hilltop Brewers and of What’s Cookin’ Productions. The AICP-END Blog copyrights this article © 08-07-2022, all rights reserved. (Editor’s Note: we pay the estate of Beverly Carrick an annual fee by which, we can show her paintings to the world.  We make NO money from the estate’s sales of her world-famous artworks).  Total Word Count: 5,336.  Chef Hector Santanamos “El Chilote” De Soto.

[i] Someone please tell those stupid bitches- Rashida “Foul Mouth: Tlaib, AOC aka the Fly, Ilhan “Allah Akbar” Omar, Cori “The Bitch” Bush, Ayanna “Chrome Dome” Pressley, and the rest of the leftwing, liberal, lunatic haters where to find the definitive proof- the AICPENDBLOG.COM.

[ii] We look forward to promoting the music of UFO and of the Michael Schenker Group at some point within the next year.  We hope you will remain vigilant as to the day that we do.

[iii] We first began offering the music of Fleetwood Mac on Monday, 03-January-2011 through Thursday, 27-January-2011.  Please seek their music out by checking posts on those corresponding dates. The album, “Rumours,” appeared on Tuesday, 18-January-2011 at our original blog.   We look forward to picking them back up and doing a Round No. 2 which will include the solo efforts of the band members, too.  We thank you.

[iv] We hope to present the music of the J. Geil’s Band at some point within the next five years.  One of the great American bands, they most certainly deserve to be heard and celebrated by the readership of the American Institute of Culinary Politics-The Elemental News of the Day.

[v] Bing seems to be covering numbers up for the Biden administration so here is where we have gone now: COVID Live Update: 151,025,351 Cases and 3,176,405 Deaths from the Coronavirus – Worldometer (worldometers.info)

[viii] We obtain our statistics for the coronavirus from: COVID Live Update: 151,025,351 Cases and 3,176,405 Deaths from the Coronavirus – Worldometer (worldometers.info)

[xi] Commodities Prices – Spot – Futures (tradingeconomics.com) See this site for much of the economic information cobbled together at this blog.