2021 Monday E: CRIME NEWS- Washington, D.C. Mayor Muriel Bowser (bow-wow) victim blames the Pakistani immigrant Uber Eats driver Mohammad Anwar who was carjacked by two young black female thugs and left for dead in an ensuing accident caused by them. Mayor Bowser is protecting the young thugs while issuing ‘tips’ on how to prevent future carjackings. We guess Muslims rank lower on the chart of Liberal Identity Politics than once they did. 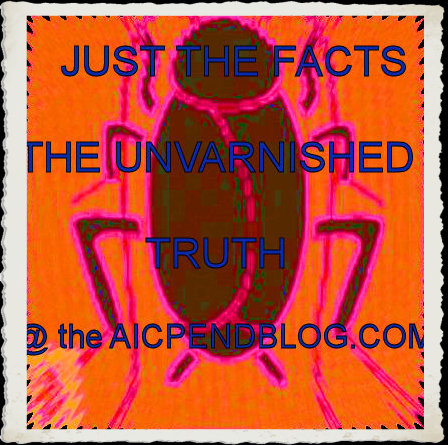 This artwork is #0784 a 16” x 20” original oil painting by Beverly Carrick, which, she entitled, “Yuccas and Poppies.”  It is among her more beautiful works and is available for sale.  You can see much more of her work at her website, found at beverlycarrick.com, or at the blog’s Facebook page.  At her website, you will see not only more original oil paintings but also lithographs, giclees, prints, miniatures, photographs, and even her award-winning instructional video entitled, “Painting the Southwest with Beverly Carrick.”  Beverly has been painting for more than 60 years and known around the world for both the beauty and timelessness of her artworks.  Hanging in private and public galleries and followed by many fans encircling the globe—her works instill awe because of her artistic brilliance and personal beauty.  We urge you to go to her Website NOW and view her work.  It is possible that you will find something you like and will want to buy it for yourself, a friend, a loved one, or a neighbor!  You will not be disappointed so please: do yourself a favor and go there IMMEDIATELY!  Thank you, the American Institute of Culinary Politics-Elemental News of the Day.

Rick Danko released his third solo album, “Live on Breeze Hill,” on July 27, 1999.  The album was recorded at a live show three months before the legendary bassist/fiddler/vocalist died which makes it an alluring show.  Always cursed with substance abuse problems and subsequent poor health, Danko was a fragile individual yet a brave, powerful performer.   Of the 12 cuts on this superb outing, most of them are Band classics, both tunes he and Richard Manuel sang as well as one or two from Levon Helm.  Also included are some of his originals which makes it a glorious purchase to be sure.  Joining Danko are friend, Garth Hudson (keyboards/accordions), Jim Weider and Roger Mason (guitars, basses), Randy Ciarlante (vocals/drums/percussion), three brass players and another keyboardist.  We certainly hope that you will seek this album out at your favorite haunt for music and give it a good listen- we think you will enjoy it.  Seek it out now- you will be glad you did.

The above icon is the “Trademark of Quality and Symbol of Integrity/Logo” of the Magnolia Hilltop Brewers and of What’s Cookin’ Productions.    The AICP-END Blog copyrights this article © 03-29-2022, all rights reserved.  (Editor’s Note: we pay the estate of Beverly Carrick an annual fee by which, we can show her paintings to the world.  We make NO money from the estate’s sales of her world-famous artworks).  Total Word Count: 5,953.  Chef Kilgore Randalini.

[i] The young United States should have taken ALL of Mexico down through the Central American countries to where the southern end of Panama meets the northern end of Colombia.  Had we done that, we would have solved the issue of illegal immigration.  We should have also taken Cuba in 1898 and kept her just as we should have gone back and taken Canada.  What a glorious nation we would have, one now being overrun with Third World illegal aliens.

[ii] On Wednesday, 14-June-2017, we began presenting the music of the Guess Who and of its individual members- including Bachman-Turner Overdrive, Randy Bachman, Burton Cummings, and Bravebelt.  The entire discography ran from the above date through Sunday, 01-October-2017.  We hope you will check them out.

[iii] We began promoting the music of both the Beatles and the band’s individual components on Friday, 04-November-2016 through Sunday, 11-June-2018.  Besides the Beatles, we also promoted the music of John Lennon, Paul McCartney, Ringo Starr, and George Harrison as well as the Traveling Wilburys.

[iv] Democrats think that if they call everything racist or Jim Crow or some combination of the terms that they can guilt or shame the American people into silence.  Here’s the deal- we don’t give a flying f*** anymore, call us racist as much as you like but one day when a REAL incidence of racism occurs and no one gives a damn, you will only have yourselves to blame.

[v] Senator John Kennedy, R-LA, says that ‘putting (“Kooky”) Kamala Harris in charge along the border is akin to putting banned cyclist Lance Armstrong in charge of the DEA.’  You just don’t do that because as everyone knows, the former senator from California believes that border officials and immigration authorities are akin to the Ku Klux Klan.  F*** you, “Kooky Kamala.”

[vi] National debt in the United States sits at $28 trillion and is expected to double within 30 years or less.  Yikes.

[vii] In France, the cost per mile of high-speed rail is $30 million which still seems high.  However, in the United States, projects such as these are big pools of money from which, liberal politicians reward not only their flunkies and lackeys but also themselves which is why work is tortuously slow and cost overruns are increase by the day.  The people of California do not want this crap and yet the crap is forced upon us and Joe Biden plans to see that the money-go-round continues.

[viii] We obtain our statistics for the coronavirus from: (1) covid-19 u.s. and global statistics – Bing

[xi] Commodities Prices – Spot – Futures (tradingeconomics.com) See this site for much of the economic information cobbled together at this blog.

I began my culinary career in the early 1960's after having spent some time in the United States Army. Presently, I am still working at a local country club somewhere in Kern County. We here at the American Institute of Culinary Politics-Elemental News of the Day are all professional food service business owners and/or personnel. We seek to educate the rest of the world as to the powerful political entities we are, which is why we invite everyone- including YOU- to join us here daily. View all posts by Chef Kilgore Randalini, ACF-CWC