2021 Tuesday I: The U.S. Department of Justice is probing ‘sedition conspiracies’ (they’re acting like this is somehow resembling the Civil War) surrounding the Capitol Hill 2021 storming last Wednesday, saying that somehow it is something we have never seen before. Folks, we were alive, well, and observant in the 1960s and the 1970s (and way before) and we remember the antiwar protests of those two decades. We also remember Puerto Rican communists attacking the Capitol… 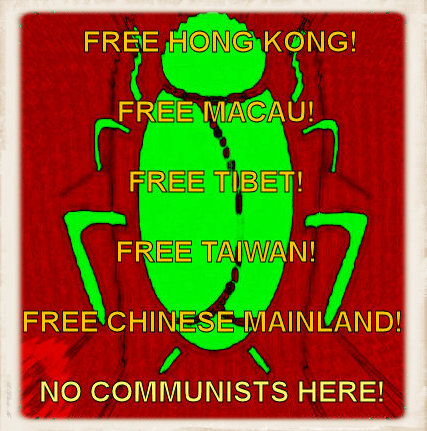 This artwork is #0708 a 20” x 24” original oil painting by Beverly Carrick, which, she entitled, “Evergreens and Surf.”  It is among her more beautiful works and is available for sale.  You can see much more of her work at her website, found at beverlycarrick.com, or at the blog’s Facebook page.  At her website, you will see not only more original oil paintings but also lithographs, giclees, prints, miniatures, photographs, and even her award-winning instructional video entitled, “Painting the Southwest with Beverly Carrick.”  Beverly has been painting for more than 60 years and known around the world for both the beauty and timelessness of her artworks.  Hanging in private and public galleries and followed by many fans encircling the globe—her works instill awe because of her artistic brilliance and personal beauty.  We urge you to go to her Website NOW and view her work.  It is possible that you will find something you like and will want to buy it for yourself, a friend, a loved one, or a neighbor!  You will not be disappointed so please: do yourself a favor and go there IMMEDIATELY!  Thank you, the American Institute of Culinary Politics-Elemental News of the Day.

The next album by guitar virtuosos, Richard Thompson, was a record he recorded in a small home studio with the use of his laptop computer: “Front Parlour Ballads” (August 16, 2005).  By this point, many music fans had passed him by seeking the newest pretty face or smart marketer.  Like Kim Simmonds (Savoy Brown), Leslie West (Mountain), Robin Trower (originally of Procol Harum), Jimmy Page, Jeff Beck, and some others, Thompson maintained a strict following of veteran fans.  Although he did not expect to sell many albums, record sales actually became brisk which would propel him forward to future endeavors.  As always, the man writes songs with captivating licks, incredibly creative lyrics, and is joined by others to round out the sound.  He performs all instruments on this album with the exception of percussion instruments which friend, Debra Dobkin, performs.  We hope you will seek this one out wherever you shop for the absolute best in music and add it to your collection- you will be extremely glad you did.

The above icon is the “Trademark of Quality and Symbol of Integrity/Logo” of the Magnolia Hilltop Brewers and of What’s Cookin’ Productions.    The AICP-END Blog copyrights this article © 01-12-2022, all rights reserved.  Data compiled with unchangeable fastidiousness by Moses Scharbug III.  Note: we pay the estate of Beverly Carrick an annual fee by which, we can show her paintings to the world.  We make NO money from the estate’s sales of her world-famous artworks.  Total Word Count: 4,224.  Chef Charles Smithenstein.

[i] We hope to present the music of Sly & the Family Stone within the next decade or so.  Please stay tuned for further information.

[ii] Not quite sure as to when we will promote the music of the Soft Machine but when we do, consider yourselves among the first to know.

[iii] We began promoting the music of the Steve Miller Band beginning on Wednesday, 27-July-2011 through Wednesday, 24-August-2011 and then did a second stint on Sunday, 20-April-2014.  We hope you will check the music of this amazing San Francisco, California, acid-rock blues band.

[iv] We began promoting the music of not only Traffic but also the Spender Davis Group, Steve Winwood, Chris Wood, Jim Capaldi, and Dave Mason.  The presentation commenced on Monday, 30-November-2015 through Sunday, 20-March-2016.  This offering also included Blind Faith.  We hope you will seek them out and add them to your collection.

[v] We hope to promote the music of the Bee Gees within the next 3-4 years.