2020 Monday: Speaking of the ‘Pope,’ he says- get this- that ‘vaccines made using aborted fetal tissue is ETHICAL.’ If there was ever reason to leave the Catholic Church, this is it. The vicar of Christ no longer represents the Holy Trinity but has shown his hand as Satan’s minion by his allegiance to the DEEP CHURCH. Time for the College of Cardinals to topple this Third World POS and to find a European to head the Church. 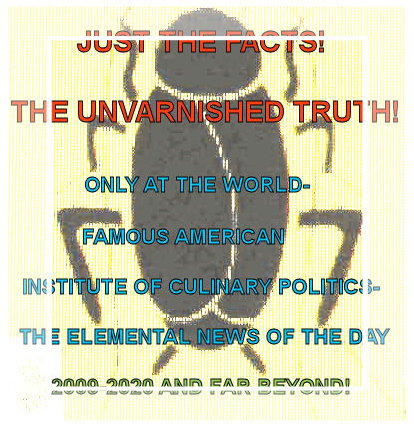 This artwork is #0686 a 6” x 8” original oil painting by Beverly Carrick, which, she entitled, “Cedar Street.”  It is among her more beautiful works and is available for sale.  You can see much more of her work at her website, found at beverlycarrick.com, or at the blog’s Facebook page.  At her website, you will see not only more original oil paintings but also lithographs, giclees, prints, miniatures, photographs, and even her award-winning instructional video entitled, “Painting the Southwest with Beverly Carrick.”  Beverly has been painting for more than 60 years and known around the world for both the beauty and timelessness of her artworks.  Hanging in private and public galleries and followed by many fans encircling the globe—her works instill awe because of her artistic brilliance and personal beauty.  We urge you to go to her Website NOW and view her work.  It is possible that you will find something you like and will want to buy it for yourself, a friend, a loved one, or a neighbor!  You will not be disappointed so please: do yourself a favor and go there IMMEDIATELY!  Thank you, the American Institute of Culinary Politics-Elemental News of the Day.

When a band has been around as long as Fairport Convention and has personnel changes the likes they’ve had, you have history- lots of history- for record companies to sort through with which to make some extra bucks.  Well, we have a good one for you today- “Some of our Yesterdays- Anthology 1985-1995” (January 13, 2001).  This two-disc set pulls in some of the best tunes the band has recorded over that glorious decade all encapsulated in 23 astounding tunes.  We hope you will seek this one out wherever you shop for the absolute best in music- Amazon, Discogs, AllMusic, eBay, you name it, wherever you shop, seek it out, give it a good listen, and then add it to your growing collection.  You definitely will be glad you did.

The above icon is the “Trademark of Quality and Symbol of Integrity/Logo” of the Magnolia Hilltop Brewers and of What’s Cookin’ Productions.    The AICP-END Blog copyrights this article © 12-21-2021, all rights reserved.  Data compiled with unchangeable fastidiousness by Moses Scharbug III.  Note: we pay the estate of Beverly Carrick an annual fee by which, we can show her paintings to the world.  We make NO money from the estate’s sales of her world-famous artworks.  Total Word Count: 3,939.  Chef B.H. Cznystekinki.

[i] Modern-day Democrats claim this is the beginning of slavery and evil in the founding of America.  We say, “F**k them,” as they are- with the exception of our liberal, Democrat, or progressive members- are full of crap.

[ii] We began presenting the music of the Mothers of Invention and of Frank Zappa beginning on Monday, 21-January-2013 and concluded the presentation on Monday, 13-May-2013.  Please seek them out, we believe you will enjoy the music of this famed man and his band.

[iii] We hope to present the music of this foundational American rock band within the next 5-6 years.  Please stay tuned for further developments.  We thank you; we know you love the Beach Boys as much as we do.

[iv] We hope to promote the music of both the Band and its members sometime in the next 10-15 years.

[v] We promoted the music of Buffalo Springfield beginning on Saturday, 17-November-2012 through Saturday, 24-November-2012.  We hope you will seek this music out and consider adding it to your collection.  You will be glad you did.

[vi] We offered the music of the Byrds beginning on Monday, 16-January-2012 and concluded the presentation on Friday, 17-February-2012.

[vii] We shared the music of the Hollies with the world beginning on Monday, 29-August-2016 through Thursday, 03-November-2016.

[viii] We hope to promote the music of Crosby, Stills, Nash & Young, as well as of each member’s solo careers along with Crazy Horse within the next 5-7 years.  Please remain vigilant for when we do.

[ix] This horrendous atrocity was committed by members of the so-called ‘religion of peace,’ Islam.

[x] Once again, the atrocities committed in Mumbai were committed by members of the so-called ‘religion of peace,’ Islam.  Evildoers.

[xi] Thank you, President Obama, this rule was a long time in coming as passengers kept inside planes on the tarmac due to overcrowding of aircraft at an airport risked going to jail if they tried to give up their seats and get the hell off the airplane.  Still, three hours is a long time to sit immobilized but far better than having to sit 8-12 hours.

[xii] We promoted the music of Iron Butterfly beginning on Saturday, 27-July-2013 through Thursday, 08-August-2013.  We hope you will seek them out and consider adding them to your ever-growing collection of rock music.  Nothing one finds today compares with the classic rock of old.  Throw out your Maroon 5 albums and go with the crème de la crème of the 1960s and 1970s.

[xiii] We shared the music of Deep Purple, Ian Gillan, Captain Beyond, Elf, and Rainbow beginning on Tuesday, 20-March-2018 and concluded this massive offering on Sunday, 14-October-2018.  Please seek out the music by all of these phenomenal bands.  All are fabulous.