69. 2020 Monday E: West Virginia Senator Joe Manchin urges passage of the $908 billion COVID-19 relief bill, but no movement is in sight as House Speaker Nancy “Mumbles” Pelosi seems to be in no mood for helping ANY American with financial aid, ONLY ILLEGAL ALIENS. The Chi-Vi economic toll affects both RED and BLUE states equally, yet very few want to help the American people. 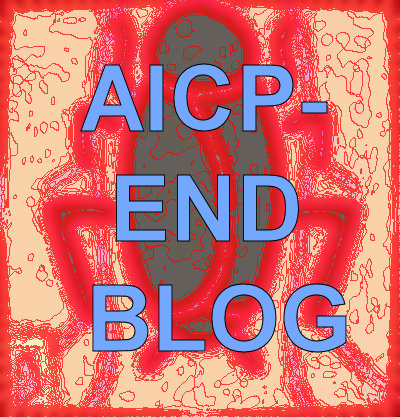 This artwork is #0679 a 6” x 8” original oil painting by Beverly Carrick, which, she entitled, “Sterling Winery.”  It is among her more beautiful works and is available for sale.  You can see much more of her work at her website, found at beverlycarrick.com, or at the blog’s Facebook page.  At her website, you will see not only more original oil paintings but also lithographs, giclees, prints, miniatures, photographs, and even her award-winning instructional video entitled, “Painting the Southwest with Beverly Carrick.”  Beverly has been painting for more than 60 years and known around the world for both the beauty and timelessness of her artworks.  Hanging in private and public galleries and followed by many fans encircling the globe—her works instill awe because of her artistic brilliance and personal beauty.  We urge you to go to her Website NOW and view her work.  It is possible that you will find something you like and will want to buy it for yourself, a friend, a loved one, or a neighbor!  You will not be disappointed so please: do yourself a favor and go there IMMEDIATELY!  Thank you, the American Institute of Culinary Politics-Elemental News of the Day.

The next album released by Fairport Convention was another compilation package and a good one at that.  “Fiddlestix: The Best of Fairport Convention 1972-1984” hit record store shelves on July 21, 1999, and was a good one for fans.  It contains 19 tracks which include some rarities to sweeten the pot.  This veteran British band has so much glorious music that it is impossible to include everything on one single disc, thus one may have to pick up some of the other ‘best of’ compilations along with this one.  We believe you will be glad you did so please, seek this fine album wherever you shop for the absolute best in music.  You can thank us later.

The above icon is the “Trademark of Quality and Symbol of Integrity/Logo” of the Magnolia Hilltop Brewers and of What’s Cookin’ Productions.    The AICP-END Blog copyrights this article © 12-14-2021, all rights reserved.  Data compiled with unreserved correctness by Moses Scharbug III.  Note: we pay the estate of Beverly Carrick an annual fee by which, we can show her paintings to the world.  We make NO money from the estate’s sales of her world-famous artworks.  Total Word Count: 4,320.  Chef Vladimir Gdansk.

[i] Not exactly sure when we will begin promoting the music of this wild Australian band, but you can rest assured that whenever we present Black Sabbath, we will follow them with AC/DC.

[ii] In about five years, we expect to spend a year or two covering the music of Motown and of other classic soul bands so please stay tuned for additional information.  We thank you.

[iii] When we do a couple of years of classic soul and Motown bands, the Jackson Five and Michael Jackson will be included among them.

[iv] We promoted the music of It’s a Beautiful Day beginning on Thursday, 25-August-2011 through Monday, 29-August-2011 and a second round on Tuesday, 04-February-2014 through Wednesday, 05-February-2014.  Please seek them out and consider adding them to your collection.

[v] On Wednesday, 14-June-2017, we began presenting the music of the Guess Who and of its individual members- including Bachman-Turner Overdrive, Randy Bachman, Burton Cummings, and Bravebelt.  The entire discography ran from the above date through Sunday, 01-October-2017.  We hope you will check them out.

[vi] Once again, unmistakable evidence of a malevolent Deep State exists here as the Intel Community swore up and down that Saddam Hussein had weapons of mass destruction.  That was the entire purpose behind invading Iraq and toppling the scumbag Hussein but in the end loads of people died during and after the U.S.-led invasion, something President Donald J. Trump is trying to correct in 2019.

This would have been my photo, I, your host, back in the 1980's when I was the Executive Chef at a country club in the Napa Valley but for security purposes, we have scaled some of our personal info back so now, you get a caricature of me done by up-and-coming Bakersfield street artist, Simone. Nice job, Simone! However, I spent many years working in professional Food Service, having begun as a young boy working for my father in his restaurant over on the coast in Pismo Beach. Food Service is in my blood and it's something I still do actively every day in my late eighties in Washington State. Chef Vladimir Gdansk writes from Mukilteo, Washington. Chef Vladimir Gdansk is a moderate Republican. Contact Chef Vladimir at the following email address draculachef222HMaya@gmail.com. View all posts by Chef Vladimir, ACF-CWC