MMM. 2020 Saturday A: Early this morning, police in Portland, Oregon, declared yet another riot after a so-called ‘peaceful protest’ once again erupted into a violent mob shortly after midnight. These peaceful ‘beatnik types’ tried to trap law enforcement officers inside the police union building and then did everything they could to set it ablaze and murder the people inside. Folks, there is an answer to this: anyone tossing a Molotov cocktail, you shoot them dead. 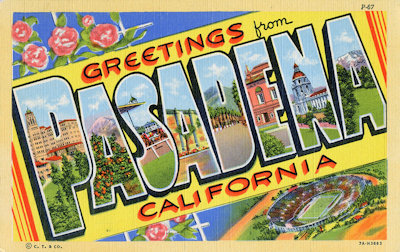 DAY TWO-HUNDRED-AND-TWENTY-TWO OF THE BIDEN REGIME

This artwork is #0572 an 11” x 14” original oil painting by Beverly Carrick, which, she entitled, “Surf’s Up.”  It is among her more beautiful works and is available for sale.  You can see much more of her work at her website, found at beverlycarrick.com, or at the blog’s Facebook page.  At her website, you will see not only more original oil paintings but also lithographs, giclees, prints, miniatures, photographs, and even her award-winning instructional video entitled, “Painting the Southwest with Beverly Carrick.”  Beverly has been painting for more than 60 years and known around the world for both the beauty and timelessness of her artworks.  Hanging in private and public galleries and followed by many fans encircling the globe—her works instill awe because of her artistic brilliance and personal beauty.  We urge you to go to her Website NOW and view her work.  It is possible that you will find something you like and will want to buy it for yourself, a friend, a loved one, or a neighbor!  You will not be disappointed so please: do yourself a favor and go there IMMEDIATELY!  Thank you, the American Institute of Culinary Politics-Elemental News of the Day!

Fans of Jethro Tull love guitarist Martin Barre because he continues the great band’s music with his own touches as he continues plowing ahead.  His new album, “Back to Steel,” came out on October 06, 2015, and is a delightful addition to both his solo repertoire and to Jethro Tull’s interconnected discography.  The band features Mr. Barre (guitars, mandolins, banjos, flutes, and keyboards), Dan Crisp (guitars and vocals), George Lindsey (drums and percussion), Alan Thompson and Alan Bray (bass, vocals), and 2-3 others.  We love the man, his band, and his music so folks, please seek this one out, give it a good listen, and consider adding it to your growing collection of nothing but the absolute best in rock music.

The above icon is the “Trademark of Quality and Symbol of Integrity/Logo” of the Magnolia Hilltop Brewers and of What’s Cookin’ Productions.    The AICP-END Blog copyrights this article © 08-29-2021, all rights reserved.  Data compiled with meticulous precision by Moses Scharbug III.  Total Word Count: 3,011.  Chef Fritz Schlependrecht.

[i] We promoted the music of both Koss and Back Street Crawler when we did the previous batch of famed British bands.

[ii] We began promoting the music of both Procol Harum and Robin Trower along with Gary Brooker beginning on Monday, 16-March-2015 through Sunday, 31-May-2015.  We hope you will seek them out and consider adding them to your growing music collection.

[iii] We began promoting the music of the Velvet Underground starting on Tuesday, 18-March-2014 through Wednesday, 09-April-2014.  At the time we promoted this famous New York City rock band, we failed to share the music of the man himself, Lou Reed.  We hope to rectify that mistake when we return to promoting American bands again.  Thank you for your patience.

[v] When we promoted the music of It’s a Beautiful Day beginning on Thursday, 25-August-2011 through Monday, 29-August-2011 and a second round on Tuesday, 04-February-2014 through Wednesday, 05-February-2014, we should have promoted the music of Pablo Cruise, too, due to their being interconnected.  We certainly will one day.  Ah, well, please seek IABD out and consider adding them to your collection.

[vi] We expect to present the music of the Jackson Five and Michael Jackson sometime in 2025-2026 so please stay tuned for future developments.

[vii] We began promoting the music of both the Beatles and the band’s individual components on Friday, 04-November-2016 through Sunday, 11-June-2018.  Besides the Beatles, we also promoted the music of John Lennon, Paul McCartney, Ringo Starr, and George Harrison as well as the Traveling Wilburys.

[viii] We look forward to promoting the music of Roy Orbison when we do other classic rockers such as Buddy Holly, the Everly Brothers, and others of that ilk.

[x] Many of the Yippies are the parents of the Antifa and Black Lives Matter trash running rampant in America’s streets in 2020.  Time to tune up their kids- NOW.

[xi] We began promoting the music of the Steve Miller Band beginning on Wednesday, 27-July-2011 through Wednesday, 24-August-2011 and then did a second stint on Sunday, 20-April-2014.  We hope you will check the music of this amazing San Francisco, California, acid-rock blues band.  The album, “Abracadabra,” which features the cut appeared on Tuesday, 09-August-2011.