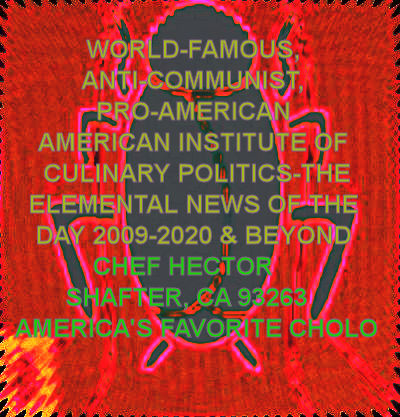 DAY TWO-HUNDRED-AND-TEN OF THE BIDEN REGIME

This artwork is #0560 a 24” x 36” original oil painting by Beverly Carrick, which, she entitled, “Verbenas and Primroses.”  It is among her more beautiful works and is available for sale.  You can see much more of her work at her website, found at beverlycarrick.com, or at the blog’s Facebook page.  At her website, you will see not only more original oil paintings but also lithographs, giclees, prints, miniatures, photographs, and even her award-winning instructional video entitled, “Painting the Southwest with Beverly Carrick.”  Beverly has been painting for more than 60 years and known around the world for both the beauty and timelessness of her artworks.  Hanging in private and public galleries and followed by many fans encircling the globe—her works instill awe because of her artistic brilliance and personal beauty.  We urge you to go to her Website NOW and view her work.  It is possible that you will find something you like and will want to buy it for yourself, a friend, a loved one, or a neighbor!  You will not be disappointed so please: do yourself a favor and go there IMMEDIATELY!  Thank you, the American Institute of Culinary Politics-Elemental News of the Day!

Famed Jethro Tull longtime guitarist, Martin Barre, released his next solo album, “Away with Words” on June 17, 2013.  Mr. Barre played most of the instruments and his musical companions- Jonathan Noyce added bass and George Lindsay the drums.  The music is mostly acoustic instrumentals so it may not be for everyone but the most diehard fans.  We love it, however, and suspect that you will, too, so make sure you do your utmost to listen to some samples- you may want to add it to your collection.   Enjoy.

The above icon is the “Trademark of Quality and Symbol of Integrity/Logo” of the Magnolia Hilltop Brewers and of What’s Cookin’ Productions.    The AICP-END Blog copyrights this article © 08-17-2021, all rights reserved.  Data compiled by Moses Scharbug III, our guiding light.  Total Word Count: 2,640.  Chef Hector Santanamos “El Chilote” Del Soto.

[i] Not sure when we will begin promoting the music of Boston but when we do, we will alert the readership.  Stay tuned for further developments.

[ii] Not sure when Guns ‘n’ Roses is coming but we hope we will still be alive and will get around to sharing them with the world.

[iv] Like everything else this POS Marxist thug touched, it imploded bringing additional misery onto the backs of the crumbling Venezuelan people.

It is becoming clearer: our ‘betters,’ the leaders of the world, may have conspired with the Chi-Coms to infect the world so they could amass incredible wealth and achieve total dominion

If the Chi-Coms are monkeying around with American DNA, the next pandemic could herald the end of the world…

Today, we begin tracking stock prices of the BIG FOUR PHARMA companies manufacturing COVID-19 vaccines in the U.S. cos you know politicians are investing heavily in them hence the full court press on getting the jab…

You can’t make this stuff up: on Day No. 1, Joe Biden destroys U.S. oil and gas production and now that gasoline prices are sky-high, instead of flipping the switch, he is begging OPEC to increase production…WTF!

Message to Mike Lindell of My Pillow fame: God bless you for doing the Lord’s work in exposing just how far down the tubes the United States has fallen and who is responsible for it…

The Antitrump does it again: he blames his predecessor as well as the Afghan people for calamity befalling the people of Afghanistan, the reverberations of which, are going to haunt this country for years…

If they can send the army door to door in Australia, you know the Democrats will be doing the exact same thing here…folks, it’s time to fight

The Antitrump strikes again: with the collapse of Kabul complete, the war in Afghanistan is over, and now with millions of illegal aliens roaming the U.S., the war could be coming for us soon…