Tucker Carlson reported tonight from Budapest, Hungary, that the New York Times- the so-called ‘paper of record’- received millions of dollars from communist China to shill for the thugs in Beijing. 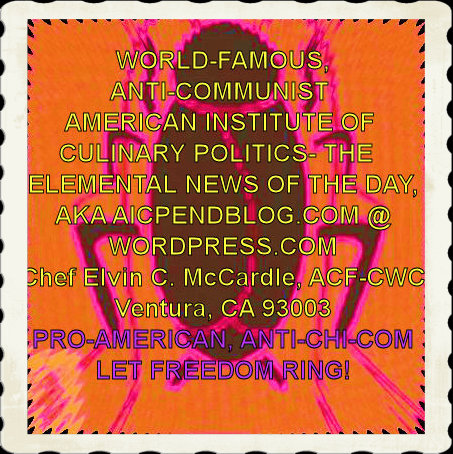 DAY ONE-HUNDRED-AND-NINETY-SIX OF THE BIDEN REGIME

Joe Biden has the nerve to blame Florida and Texas for the surge in COVID-19 cases when the senile old fool is allowing more than 2 million illegal aliens into the U.S. this year…

The above icon is the “Trademark of Quality and Symbol of Integrity/Logo” of the Magnolia Hilltop Brewers and of What’s Cookin’ Productions.    The AICP-END Blog copyrights this article © 08-03-2021, all rights reserved.  Total Word Count: 3,256.  Chef E.C. McCardle.

7 thoughts on “Joe Biden has the nerve to blame Florida and Texas for the surge in COVID-19 cases when the senile old fool is allowing more than 2 million illegal aliens into the U.S. this year…”