HHH. 2012 Wednesday: Israeli Defense Minister Ehud Barak announces that in 30 days, ALL ultra-orthodox Jewish men will become available for the nation’s military draft. Of course, the ultra-orthodox are unhappy but when it comes to defending one’s country, you do what you must do. 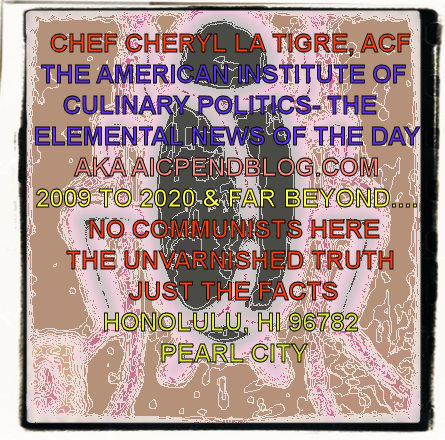 DAY ONE-HUNDRED-AND-NINETY-FOUR OF THE BIDEN REGIME

This artwork is #0544 a 20” x 24” original oil painting by Beverly Carrick, which, she entitled, “Evening Verbenas.”  It is among her more beautiful works and is available for sale.  You can see much more of her work at her Website, found at beverlycarrick.com, or at the blog’s Facebook page.  At her Website, you will see not only more original oil paintings but also lithographs, giclees, prints, miniatures, photographs, and even her award-winning instructional video entitled, “Painting the Southwest with Beverly Carrick.”  Beverly has been painting for more than 60 years and known around the world for both the beauty and timelessness of her artworks.  Hanging in private and public galleries and followed by many fans encircling the globe—her works instill awe because of her artistic brilliance and personal beauty.  We urge you to go to her Website NOW and view her work.  It is possible that you will find something you like and will want to buy it for yourself, a friend, a loved one, or a neighbor!  You will not be disappointed so please: do yourself a favor and go there IMMEDIATELY!  Thank you, the American Institute of Culinary Politics-Elemental News of the Day!

Jethro Tull released a much more recent live CD on August 20, 2007, “Live at Montreux 2003,” a 2-CD/1 DVD live offering.  The lineup featured Ian Anderson (vocals, flutes, guitars, keyboards), Martin Barre (guitars), Jonathan Noyce (bass- Gary Moore) Doane Perry (drums and percussion), and Andy Giddings (keyboards).  A superb live show from a reinvigorated band, this offering is one that everyone and their brother should want to own as it captivates the listener from start to finish.  Seek it out wherever you shop for the  finest in rock music- you will be extremely glad you did.  Enjoy.

The above icon is the “Trademark of Quality and Symbol of Integrity/Logo” of the Magnolia Hilltop Brewers and of What’s Cookin’ Productions.    The AICP-END Blog copyrights this article © 08-01-2021, all rights reserved.  Total Word Count: 3,796. Chef Cheryl La Tigre.

[i] We began promoting the music of the Grateful Dead- including Jerry Garcia, Bob Weir, Mickey Hart, and Phil Lesh- beginning on Tuesday, 30-August-2011 through Wednesday, 11-January-2012.  Then, we did a second series featuring more albums by this fabled San Francisco band beginning on Friday, 09-August-2013 through Monday, 19-August-2013.  At some point, we will have to do a third series as the music from this band never ends.  Please, seek them out and consider adding them to your collection.

[ii] We promoted the music of King Crimson, one of the greatest prog-rock bands of all time beginning on Monday, 20-October-2014 through Sunday, 21-December-2014.  We hope you will check them out as the remain active to this day.

[iii] We promoted the music of Led Zeppelin- among other numerous interconnected bands beginning with the Yardbirds on Wednesday, 02-July-2014 through vocalist Paul Rodgers of both Free and Bad Company on Sunday, 19-October-2014.  We definitely hope you will check them all out.

[iv] We offered the music of this famed West Coast band- the Grass Roots- beginning on Thursday, 06-February-2014 through Saturday, 22-February-2014.  We hope you will seek their music out by visiting whatever site you choose for the absolute best in rock music.  You will be glad you did.

[v] Not sure if we will ever get to the music of Zephyr but we sure as heck to do so within the next, uh, 25 years or so.

[vi] We promoted the music of the James Gang beginning on Saturday, 11-August-2012 through Monday, 27-August-2012.  We did not do the solo discography of Joe Walsh at the time but when we arrive at the Eagles, we most certainly will.

[vii] We shared the music of Deep Purple, Ian Gillan, Captain Beyond, Elf, and Rainbow beginning on Tuesday, 20-March-2018 and concluded this massive offering on Sunday, 14-October-2018.  Please seek out the music by all of these phenomenal bands.  All are fabulous.

[viii] On Wednesday, 14-June-2017, we began presenting the music of the Guess Who and of its individual members- including Bachman-Turner Overdrive, Randy Bachman, Burton Cummings, and Bravebelt..  The entire discography ran from the above date through Sunday, 01-October-2017.  We hope you will check them out.

[ix] Not sure when we will offer the music of Def Leppard but we hope to do it sometime within the next decade.  Please, keep posted for further information.

[x] When we do the old rock-and-rollers and the blues men, Chubby Checkers will be among them.

[xi] We began promoting the music of both the Beatles and the band’s individual components on Friday, 04-November-2016 through Sunday, 11-June-2018.  Besides the Beatles, we also promoted the music of John Lennon, Paul McCartney, Ringo Starr, and George Harrison as well as the Traveling Wilburys.    We hope you will seek them out and consider adding these albums to your collection.  We thank you.

[xii] We shared the music of the Rolling Stones (and the group’s individual members) beginning Tuesday, 22-March-2016 through Sunday, 28-August-2016.  This included the members solo projects.

[xiii] We expect to present the music of the Jackson Five and Michael Jackson sometime in 2025-2026 so please stay tuned for future developments.

[xiv] We presented the music of the Kinks, as well as of Ray and Dave Davies, beginning on Monday, 22-December-2014 through Sunday, 15-March-2015.  We hope you will check out the music of this original British invasion band as they are as relevant today as they were more than 50 years ago.  Sure beats the hell out of Maroon Five.

I began my career in the early 1970’s when I apprenticed to cook under one of the masters on the Big Island where I was born. I moved to Oahu in the early 1980’s after having worked in both Kona and Hilo, HI, and have been there for most of my professional career. Moreover, I have also worked on Maui for a few years (1995-1998) and have been on Kauai (2001-2003) before returning to Honolulu. My goal is to prepare the next generation of chefs for the future and to help the underprivileged in their struggle to attain careers in the foodservice industry. Chef Cheryl La Tigre writes from Honolulu, HI. Chef Cheryl La Tigre is a proud member of the Democratic Party. Contact me at the following address: cherylthetiger81@gmail.com View all posts by Chef Cheryl La Tigre, CEC-ACF