Tucker Carlson reports on his news program on Fox News this evening that whistleblowers have handed over information that shows Lt. Colonel Matthew J. Burrows of the USAF has given his subordinates information regarding the U.S. military’s transport of hundreds of thousands of illegals across the nation. They are not to take photos; they are not to talk of the seeding operations of illegal aliens across the country nor should they share any information on social media. 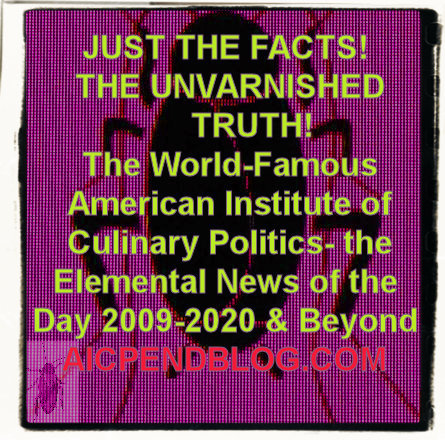 DAY ONE-HUNDRED-AND-SEVENTY-SIX OF THE BIDEN REGIME

Millions of Americans fear that when the NEW Axis of the Chi-Coms, Russia, and Iran start the war, instead of coming to our defense, the Biden regime will come after US

The above icon is the “Trademark of Quality and Symbol of Integrity/Logo” of the Magnolia Hilltop Brewers and of What’s Cookin’ Productions.    The AICP-END Blog copyrights this article © 07-14-2021, all rights reserved.  Total Word Count: 2,419. Chef Brian Carrick.

[xii] This can only be occurring if General Mark A. Milley, chairman of the Joint Chiefs of Staff, is permitting it to occur.  Mr. Carlson is correct when he says that this goes against the oath to the Constitution every service member from the lowest specialist to General Milley swears to.  What’s more, IF the current regime labels it a conspiracy theory to believe in the Replacement Theory, the federal government sure the hell is doing nothing to dispel that notion.  We are on the cusp of dictatorship.  Plain and fucking simple.