AAA. 2017 Wednesday: A whacked-out, far-left liberal lunatic, wielding an automatic rifle, opened fire on Republican lawmakers at a congressional baseball game practice in Alexandria, Virginia, on this date. He wounded House Majority Whip Steve Scalise, R-Louisiana, and several others; the gunman died in an exchange of fire with Capitol Hill police officers. 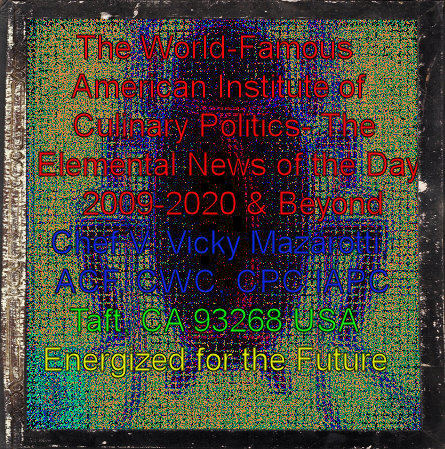 DAY ONE-HUNDRED-AND-FORTY-FIVE OF THE BIDEN REGIME

This artwork is #0496 a 24” x 20” original oil painting by Beverly Carrick, which, she entitled, “Mustard Picnic.”  It is among her more beautiful works and is available for sale.  You can see much more of her work at her Website, found at beverlycarrick.com, or at the blog’s Facebook page.  At her Website, you will see not only more original oil paintings but also lithographs, giclees, prints, miniatures, photographs, and even her award-winning instructional video entitled, “Painting the Southwest with Beverly Carrick.”  Beverly has been painting for more than 60 years and known around the world for both the beauty and timelessness of her artworks.  Hanging in private and public galleries and followed by many fans encircling the globe—her works instill awe because of her artistic brilliance and personal beauty.  We urge you to go to her Website NOW and view her work.  It is possible that you will find something you like and will want to buy it for yourself, a friend, a loved one, or a neighbor!  You will not be disappointed so please: do yourself a favor and go there IMMEDIATELY!  Thank you, the American Institute of Culinary Politics-Elemental News of the Day!

The next band to spin off from Jethro Tull or from one of its individual components- Aviator- released their first album, the self-titled debut- on February 13, 1979.  Aviator featured Clive Bunker (drummer and percussion from Jethro Tull), Jack Lancaster (all saxophones and brass instruments from Blodwyn Pig), John G. Perry (bass/vocals from a studio career), and Mick Rogers (guitars and vocals from Manfred Mann’s Earth Band).  In a way, this was yet another super group and to say the least, the first album did quite well among fans of English rock.  Sadly, however, the remastered CD does not hold up to the original vinyl recording as no one knows from where the tapes for this pressing originated.  Still, the album is a good one and if you want to hear some glorious rock music, this is a must-own.  Seek it out, give it a good listen, and add it to your collection.

The above icon is the “Trademark of Quality and Symbol of Integrity/Logo” of the Magnolia Hilltop Brewers and of What’s Cookin’ Productions.    The AICP-END Blog copyrights this article © 06-14-2020, all rights reserved.  Total Word Count: 2,121.

[i] Posted on behalf of Chef Vicky- she’s running late…

[ii] We definitely hope to present the music of ALL the classic Motown bands- including the famed Four Tops- sometime within the next decade.  Please, stay tuned for further developments.

[iii] We promoted the music of the Zombies, Argent, Rod Argent, and Colin Blunstone beginning on Monday, 28-October-2019 through Sunday, 05-January-2020.  Please, check them out.

[iv] We promoted the music of Country Joe and the Fish beginning on Tuesday, 16-July-2013 through Friday, 26-July-2013.  This was one of the greatest bands to explode out of San Francisco, California, during the Psychedelic 1960s.

[v] We presented the music of Quicksilver Messenger Service on two unique occasions.  The first commenced on Friday, 25-March-2011 through Monday, 04-April-2011.  The second cycle with newer albums began on Tuesday, 20-August-2013 through Monday, 02-September-2013.  We hope you will check the albums out by visiting whatever site you do for nothing but the absolute best in rock music.

[vi] We are unclear as to when we will begin promoting the music of the legendary British rock band, YES, but when we do, you will be the first to know.  This offering will go as long as- if not longer- than the Beatles and their individual members.   Please stay tuned.

[vii] We celebrated the music of the amazing Little Feat beginning on Tuesday, 11-June-2013 through Monday, 15-July-2013.  One of the great unsung bands of all time, we hope you will seek them out and consider adding them to your music collection.

[ix] Sometime within the next decade, we hope to present the music of classic rockers Chuck Berry, Bo Diddley, Howlin’ Wolf, Muddy Waters, and numerous others.  We know you will enjoy the presentation so please; remain vigilant for the day we do.

Longtime professional chef, born in Greece, emigrated to the United States in the late 1940s where my parents opened a Greek restaurant on the East Coast and then in Southern California. My siblings and I took over the restaurants from our parents in 1999 and haven't looked back since. I have been a longtime author at the American Institute of Culinary Politics-Elemental News of the Day and now am a chef-blogger here at our WordPress site. View all posts by Executive and Pastry Chef Tiresias