Yet, the Biden regime continues pushing these vaccines onto every American like the Reverend Jim Jones pushed cups of Kool-Aid onto his followers down in Jonestown, Guyana. Friends, may we be so bold as to say what most of us think? We believe this is social engineering at its worst. 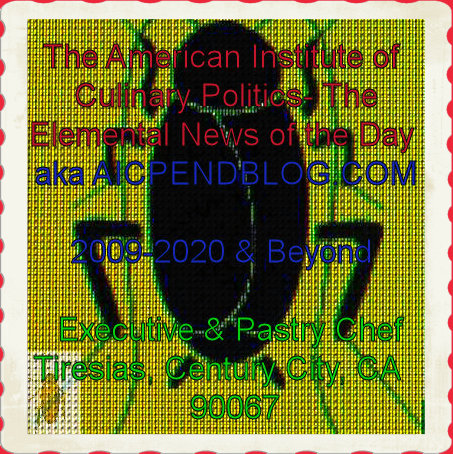 DAY ONE-HUNDRED-AND-FORTY-ONE OF THE BIDEN REGIME

The Nazis had the Jews and modern-day Democrats- the party of the KKK, Jim Crow, lynchings, cross-burnings, ‘separate but equal,’ ‘red-lining,’ firehoses, police dogs, and the ‘back of the bus’- have white males…some things NEVER change…

The above icon is the “Trademark of Quality and Symbol of Integrity/Logo” of the Magnolia Hilltop Brewers and of What’s Cookin’ Productions.    The AICP-END Blog copyrights this article © 06-10-2021, all rights reserved.  Total Word Count: 2,912.

[xii] Please see the following link: Holders of US Debt – US Debt Forum.

Longtime professional chef, born in Greece, emigrated to the United States in the late 1940s where my parents opened a Greek restaurant on the East Coast and then in Southern California. My siblings and I took over the restaurants from our parents in 1999 and haven't looked back since. I have been a longtime author at the American Institute of Culinary Politics-Elemental News of the Day and now am a chef-blogger here at our WordPress site. View all posts by Executive and Pastry Chef Tiresias