89. TODAY IN HISTORY—TUESDAY, MARCH 30, 2021 UPDATE A: President Donald J. Trump continues blasting Dr. Deborah Birx and the AMAZING Dr. Tony Fauci as without him, Operation Warp Speed would never have occurred. The undynamic duo continue taking credit for what the 45th president did for the American people (for those who want to get the shots which we don’t). 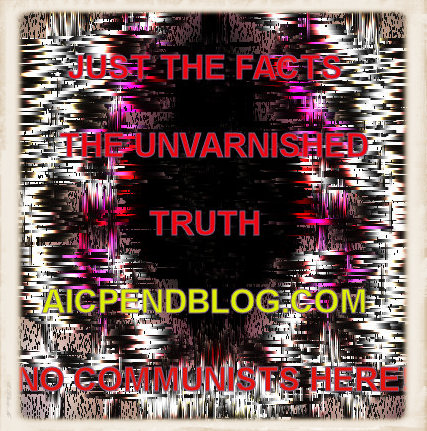 DAY SEVENTY OF THE BIDEN ADMINISTRATION

Dr. Tedros Adhanom Ghebreyesus is disputing his own COVID-19 report?  Say what?  Come on, man, YOU are NOT going to blame your Chi-Com masters for the pandemic…

This artwork is #0419 a 36” x 24” original oil painting by Beverly Carrick, which, she entitled, “Mermaid Pavilion.”  It is among her more beautiful works and is available for sale.  You can see much more of her work at her Website, found at beverlycarrick.com, or at the blog’s Facebook page.  At her Website, you will see not only more original oil paintings but also lithographs, giclees, prints, miniatures, photographs, and even her award-winning instructional video entitled, “Painting the Southwest with Beverly Carrick.”  Beverly has been painting for more than 60 years and known around the world for both the beauty and timelessness of her artworks.  Hanging in private and public galleries and followed by many fans encircling the globe—her works instill awe because of her artistic brilliance and personal beauty.  We urge you to go to her Website NOW and view her work.  It is possible that you will find something you like and will want to buy it for yourself, a friend, a loved one, or a neighbor!  You will not be disappointed so please: do yourself a favor and go there IMMEDIATELY!  Thank you, the American Institute of Culinary Politics-Elemental News of the Day!

Chrysalis/EMI released another ‘best of’ compilation for the British rock band, UFO, on April 15, 2008, the acclaimed “The Best of UFO.”  This excellent effort contains 19 of the band’s best songs running the gamut from the early 1970s into the 1980s.  You have a variety of lineups here and get the crème de la crème of this lesser-known but amazingly great British rock band.  We hope you will seek this one out, give it a good listen, and consider making it a part of your listening day.  We think you will be extremely glad that you did…

The above icon is the “Trademark of Quality and Symbol of Integrity/Logo” of the Magnolia Hilltop Brewers and of What’s Cookin’ Productions.    The AICP-END Blog copyrights this article © 03-30-2021, all rights reserved.  Total Word Count: 2,630.

[i] In San Diego County, health authorities announced that dozens and dozens of fence-jumping illegal alien girls are all testing positive for the Xi Jinping Bat Flu.  Not good which is why we encourage the sowing of minefields along the southern border replete with antipersonnel, antivehicle, and antiboat obstacles as well as seeding the Rio Grande River with alligator pups, laying in foo gas pits, electrifying the fence where possible, and doing whatever else must be done to stop the horde flooding into our country.  At some point, when the administration realizes they have F***ED UP in a major way, like the Romans, we will have to wage war on the illegal aliens within our country of cease to exist.  PATRIOTS MUST HEAD TO THE BORDER TO STOP THE TIDAL WAVE OF THIRD WORLD FLOTSAM AND JETSAM…

[ii] IF you ever sought to know how violent events such as the French Revolution, the Bolshevik Revolution, or the Spanish Revolution occurred- or the ensuing civil wars that followed the last two- this is a perfect example.  YOU spit in the faces of the people long enough, do not be surprised when they drag out the LEADERS, put them up against the wall and begin shooting them or sending them to the gallows or to the guillotine.  An inevitable flashpoint is coming and anyone who thinks that it’s not coming sadly is crazy.  The citizens of Paris had had enough and stormed the Bastille, the Russian soldier demoralized that his commanders frittered their lives away succumbed to the toxic siren’s song of Marxism, while in Spain, wealthy aristocratic landowners and an unsympathetic church drove the masses to go berserk.  In the inevitable after in Spain, it required a Fascist to save the country, El Caudillo Francisco Franco while in France, it required its own fascist leader, Napoleon Bonaparte.  Who will lead the American people against the communist thugs pissing all over us?

[iii] We would like to suggest to Blue Dog border Democrats such as Henry Cuellar, D-TX 28th congressional district, IF you want to stop the border from disappearing, it’s time you folks either threaten Speaker Nancy “Mumbles” Pelosi with becoming Republicans or that you will vote with the GOP.  Let her make all the threats she wants, at some point, you guys must shake this old bag’s control of all things Democratic Party.

[iv] The 10th accuser is a woman of Italian ancestry and she says, ‘kissing and hugging people is Italian but ONLY FOR FAMILY and the Gropin’ Gov is NOT FAMILY.  We hope to see the Lov Gov wearing an orange jumpsuit soon.  Maybe even his brother, too.

[v] See this link for the story: George Floyd and Derek Chauvin worked security at same club and may have crossed paths, owner says – CBS News.

[vii] We obtain our statistics for the coronavirus from: (1) covid-19 u.s. and global statistics – Bing

[x] Commodities Prices – Spot – Futures (tradingeconomics.com) See this site for much of the economic information cobbled together at this blog.

I originally came from Salinas, California, spent time in Fresno and Bakersfield, and currently am working at a fine-dining restaurant in Visalia, California. I began cooking in 1967 when I apprenticed under a top chef working in the Napa Valley. Chef James “JT” Tobiason writes from Visalia, California. Chef James “JT” Tobiason is a member of the CONSTITUTION PARTY OF THE UNITED STATES but due to it being somewhat nonexistent in California, votes for either the GOP or the Libertarian candidates. You can contact Chef Tobiason at Chefjt3295MM@hotmail.com View all posts by Chef James "JT" Tobiason, CWC-ACF