26. 1942 Sunday: Things are dire for the British indeed when they begin floating the idea of granting independence to their crown colony of India following a successful conclusion to World war II. They desperately need Indian colonial troops to help them prosecute the war on all fronts. 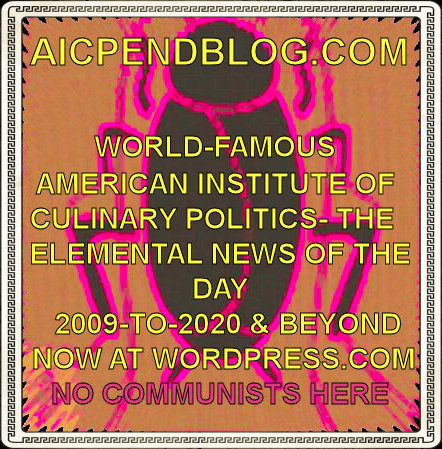 DAY SIXTY-NINE OF THE BIDEN ADMINISTRATION

This artwork is #0418 a 20” x 24” original oil painting by Beverly Carrick, which, she entitled, “Garden of the Moon.”  It is among her more beautiful works and is available for sale.  You can see much more of her work at her Website, found at beverlycarrick.com, or at the blog’s Facebook page.  At her Website, you will see not only more original oil paintings but also lithographs, giclees, prints, miniatures, photographs, and even her award-winning instructional video entitled, “Painting the Southwest with Beverly Carrick.”  Beverly has been painting for more than 60 years and known around the world for both the beauty and timelessness of her artworks.  Hanging in private and public galleries and followed by many fans encircling the globe—her works instill awe because of her artistic brilliance and personal beauty.  We urge you to go to her Website NOW and view her work.  It is possible that you will find something you like and will want to buy it for yourself, a friend, a loved one, or a neighbor!  You will not be disappointed so please: do yourself a favor and go there IMMEDIATELY!  Thank you, the American Institute of Culinary Politics-Elemental News of the Day!

The Michael Schenker Group released a 4-CD retrospective live album featuring three complete shows recorded in the early 1980s when he had just formed his solo band. “The Mad Axman Live” came out on October 13, 2007.  Joining the legendary German guitarist are well-known and much beloved members of his solo band: vocalist Gary Barden, Chris Glen (bass), Andy Nye and Paul Raymond (keyboards), and Ted McKenna and Cozy Powell (drums).  Always a wild rocker, Schenker puts on one hell of a great show and these three shows encapsulated on four discs- albeit five-star bootleg quality- are well worth whatever price eBay might be charging for it, which at the time of this writing was running around $80.00.  We hope you will seek this one out because the man and his band have been with us for a long, long time.  You will enjoy this album so please, seek it out wherever you shop for the best in rock music- you can thank us later.

The above icon is the “Trademark of Quality and Symbol of Integrity/Logo” of the Magnolia Hilltop Brewers and of What’s Cookin’ Productions.    The AICP-END Blog copyrights this article © 03-29-2021, all rights reserved.  Total Word Count: 3,098.

[i] The young United States should have taken ALL of Mexico down through the Central American countries to where the southern end of Panama meets the northern end of Colombia.  Had we done that, we would have solved the issue of illegal immigration.  We should have also taken Cuba in 1898 and kept her just as we should have gone back and taken Canada.  What a glorious nation we would have, one now being overrun with Third World illegal aliens.

[ii] On Wednesday, 14-June-2017, we began presenting the music of the Guess Who and of its individual members- including Bachman-Turner Overdrive, Randy Bachman, Burton Cummings, and Bravebelt..  The entire discography ran from the above date through Sunday, 01-October-2017.  We hope you will check them out.

[iii] We began promoting the music of both the Beatles and the band’s individual components on Friday, 04-November-2016 through Sunday, 11-June-2018.  Besides the Beatles, we also promoted the music of John Lennon, Paul McCartney, Ringo Starr, and George Harrison as well as the Traveling Wilburys.

I originally came from Salinas, California, spent time in Fresno and Bakersfield, and currently am working at a fine-dining restaurant in Visalia, California. I began cooking in 1967 when I apprenticed under a top chef working in the Napa Valley. Chef James “JT” Tobiason writes from Visalia, California. Chef James “JT” Tobiason is a member of the CONSTITUTION PARTY OF THE UNITED STATES but due to it being somewhat nonexistent in California, votes for either the GOP or the Libertarian candidates. You can contact Chef Tobiason at Chefjt3295MM@hotmail.com View all posts by Chef James "JT" Tobiason, CWC-ACF