Q. 1917 Saturday: The Bolshevik Revolution (Russian Revolution) breaks out in earnest. Meanwhile, thanks to the Zimmerman telegram, the American people learn of the possibility of Mexico coming to the aid of Germany during World War I. The Kaiser promised the Mexican government that if they joined the Central Powers, he would reward them with ALL territories lost to the United States during the Mexican American War 1846-1848. (and YOU think Mexico is our friend) 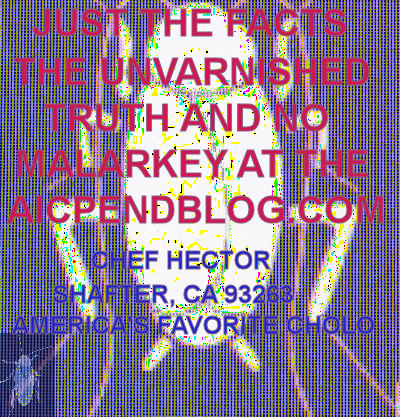 DAY THIRTY-SIX OF THE BIDEN ADMINISTRATION

This artwork is #0384 a 24” x 36” original oil painting by Beverly Carrick, which, she entitled, “Happy Hour at the Blue Door.”  It is among her more beautiful works and is available for sale.  You can see much more of her work at her Website, found at beverlycarrick.com, or at the blog’s Facebook page.  At her Website, you will see not only more original oil paintings but also lithographs, giclees, prints, miniatures, photographs, and even her award-winning instructional video entitled, “Painting the Southwest with Beverly Carrick.”  Beverly has been painting for more than 60 years and known around the world for both the beauty and timelessness of her artworks.  Hanging in private and public galleries and followed by many fans encircling the globe—her works instill awe because of her artistic brilliance and personal beauty.  We urge you to go to her Website NOW and view her work.  It is possible that you will find something you like and will want to buy it for yourself, a friend, a loved one, or a neighbor!  You will not be disappointed so please: do yourself a favor and go there IMMEDIATELY!  Thank you, the American Institute of Culinary Politics-Elemental News of the Day!

EMI released another ‘best of’ compilation for the British rock band, UFO, on July 07, 1996, the acclaimed “The Best of UFO: Gold Collection.”  This excellent effort contains 16 of the band’s best songs running the gamut from the early 1970s into the 1980s.  You have a variety of lineups here and get the crème de la crème of this lesser-known but amazingly great British rock band.  We hope you will seek this one out, give it a good listen, and consider making it a part of your listening day.  We think you will be extremely glad that you did…

The above icon is the “Trademark of Quality and Symbol of Integrity/Logo” of the Magnolia Hilltop Brewers and of What’s Cookin’ Productions.    The AICP-END Blog copyrights this article © 02-24-2021, all rights reserved.  Total Word Count: 2,579.

[i] We presented the music of Quicksilver Messenger Service on two different occasions.  The first commenced on Friday, 25-March-2011 through Monday, 04-April-2011.  The second cycle with newer albums began on Tuesday, 20-August-2013 through Monday, 02-September-2013.  We hope you will check the albums out by visiting whatever site you do for nothing but the absolute best in rock music.

[ii] Juan Peron’s wife, Eva Peron, is the woman who that dingbat from the Bronx, Alexandria Ocasio-Cortez models her loser self after which is why we have bestowed upon her the name, “Baby Evita.”

[iii] We began promoting the music of the Steve Miller Band beginning on Wednesday, 27-July-2011 through Wednesday, 24-August-2011 and then did a second stint on Sunday, 20-April-2014.  We hope you will check the music of this amazing San Francisco, California, acid-rock blues band.

[iv] We definitely look forward to presenting the music of Joe Cocker, the famed British ex-bricklayer who blew the minds of the world at the 1969 Woodstock Music and Arts Festival.  Please stay tuned for further developments.

[v] Not sure when we will begin promoting the music of George Thorogood but when we do you will be the first to know.

[vi] We began promoting the music of both the Beatles and the band’s individual components on Friday, 04-November-2016 through Sunday, 11-June-2018.  Besides the Beatles, we also promoted the music of John Lennon, Paul McCartney, Ringo Starr, and George Harrison as well as the Traveling Wilburys.    The album, “Help!” appeared on Tuesday, 15-November-2016.  Please seek out this massive offering by visiting the blog posts between those dates. You will be glad you did.

[vii] In 2020, Democrats are whining that Donald Trump wanted a quid pro quo from Ukraine to get U.S. military aid.  Yet here, we have a prime example as to WHY and HOW foreign aid is doled out by countries around the world.  President Jimmy Carter said that ‘he would consider human rights abuses before doling out American aid to countries around the world.  Quid pro quo?  You had better flipping believe it and a damned good one in our view so Democrats, stop with the f**king sniveling, enough is enough already.

[viii] In 2019, the question is, “Is the late John Dingell looking UP or is he looking DOWN?

[ix] Many believe Barack Obama should be disqualified as a president because most believe he was born outside the United States which would ban him from ever seeking the highest office in the land.  At the very least, an asterisk should be placed by his name in all U.S. history books.

[x] We began promoting the music of Queen- as well as its individual members (Freddie Mercury, Brian May, Roger Taylor, and John Deacon)- on Monday, 14-January-2019 through Monday, 01-April-2019.  We hope you will seek them out and consider adding them to your collection.