DD. 1942 Saturday: German troops launch an offensive in southwestern Stalingrad, designed to push the Russians back from their positions enveloping the German troops there. From the west, the relief force commanded by Colonel General Hermann “Papa” Hoth got underway at 5:15 a.m. They would begin making progress of 12 miles a day against light opposition. 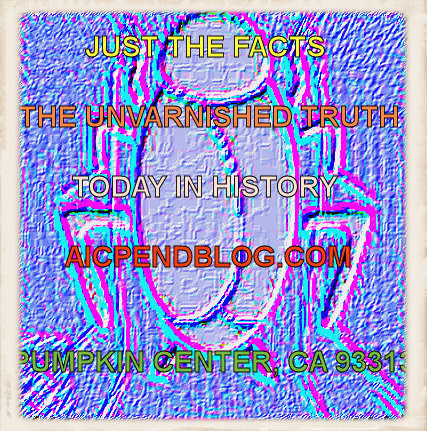 Feast of Our Lady of Guadeloupe

This artwork is #0310 a 20” x 24” original oil painting by Beverly Carrick, which, she entitled, “Glorious Sky.”  It is among her more beautiful works and isis available for sale.  You can see much more of her work at her Website, found at beverlycarrick.com, or at the blog’s Facebook page.  At her Website, you will see not only more original oil paintings but also lithographs, giclees, prints, miniatures, photographs, and even her award-winning instructional video entitled, “Painting the Southwest with Beverly Carrick.”  Beverly has been painting for more than 60 years and known around the world for both the beauty and timelessness of her artworks.  Hanging in private and public galleries and followed by many fans encircling the globe—her works instill awe because of her artistic brilliance and personal beauty.  We urge you to go to her Website NOW and view her work.  It is possible that you will find something you like and will want to buy it for yourself, a friend, a loved one, or a neighbor!  You will not be disappointed so please: do yourself a favor and go there IMMEDIATELY!  Thank you, the American Institute of Culinary Politics-Elemental News of the Day!

On September 25, 1974, the J. Geils Band released their next studio album, “Nightmares…and Other Tales from the Vinyl Jungle.”  This album featured the same lineup of John “J.” Geils (guitars), Peter Wolf (vocals), Seth Justman (keyboards/vocals), Danny Klein (bass/vocals), Stephen Jo Bladd (drums), and “Magic Dick” (harmonicas/saxophones) who as usual, was smoking hot.  One tune, “Must of Got Lost,” received moderate airplay and was an excellent single to be sure.  We hope you will visit your favorite site for the absolute best in rock music because you will enjoy it.  I mean, the American Institute of Culinary Politics-the Elemental News of the Day would not promote a band or its music unless it was the absolute best.  Check it out.

The above icon is the “Trademark of Quality and Symbol of Integrity/Logo” of the Magnolia Hilltop Brewers and of What’s Cookin’ Productions.    The AICP-END Blog copyrights this article © 12-12-2020, all rights reserved.  Word Count: 2,053.

[i] We look forward to presenting the music of the Allman Brothers Band as well as of the individual members and expect to do it sometime after we conclude the rest of the notable British bands first.

[ii] If the blog is still around after 2030, we hope to offer the music of this famed U.S. rock band.  We hope you will be here when we do.  Thank you.

[iii] We hope to present the music of KISS sometime in the late 2020s.

[iv] We look forward to presenting the music of Grand Funk Railroad sometime in the late 2020s.

[v] We shared the music of the Stones beginning Tuesday, 22-March-2016 through Sunday, 28-August-2016.  This included the members’ solo projects.  We sure as heck hope you check out the Rolling Stones, Mick Jagger, Brian Jones, Keith Richard, Charlie Watts, Bill Wyman, and Mick Taylor.  Ronnie Wood you can find during the presentation of the Faces.

[vi] We began sharing with the readership the music of this veteran British band (as well as its individual members) on Monday, 21-March-2016-and concluded the presentation on Sunday, 28-August-2016.  We hope you will seek them out by visiting the various blog posts between these dates so you can see what interests you.

I began my cooking career in the 1960's when I apprenticed underneath a great chef, Master Chef Ulysses S. Paz. I have lived and worked in Hawaii, Washington State, Arizona, and California. Even though I am in my late 60’s, I am still actively involved at a hotel here in Bakersfield, CA. I make my home in Pumpkin Center, CA. View all posts by Chef Craig Carrici, ACF-CWC