ZZ. 2015 Friday: As the civil war rages in Syria (and the Obama administration sits on the sidelines), CBS News raises the question: ‘is it time for the U.S. and its allies to intervene in the war-torn, s-hole country to halt the flow of Muslim ‘refugees’ and ‘migrants’ who are overrunning Europe?’ Nope, it’s never time to enter into a conflict in an unimportant country, one that could become a cemetery for Russian, Chechen, and Iranian thugs and jihadi scumbags. 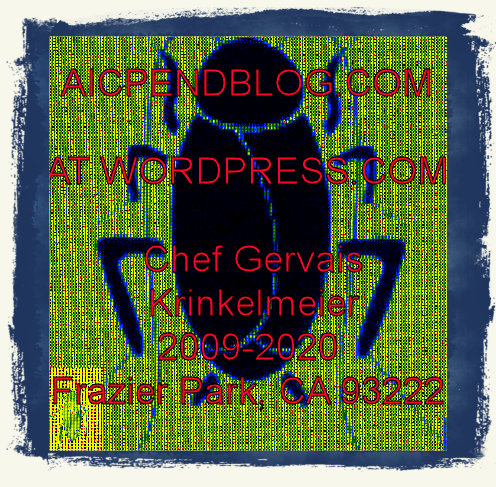 This artwork is #0225 a 24” x 36” original oil painting by Beverly Carrick, which, she entitled, “Afternoon in Early Spring.”  It is among her more beautiful works and is available for sale.  You can see much more of her work at her Website, found at beverlycarrick.com, or at the blog’s Facebook page.  At her Website, you will see not only more original oil paintings but also lithographs, giclees, prints, miniatures, photographs, and even her award-winning instructional video entitled, “Painting the Southwest with Beverly Carrick.”  Beverly has been painting for more than 60 years and known around the world for both the beauty and timelessness of her artworks.  Hanging in private and public galleries and followed by many fans encircling the globe—her works instill awe because of her artistic brilliance and personal beauty.  We urge you to go to her Website NOW and view her work.  It is possible that you will find something you like and will want to buy it for yourself, a friend, a loved one, or a neighbor!  You will not be disappointed so please: do yourself a favor and go there IMMEDIATELY!  Thank you, the American Institute of Culinary Politics-Elemental News of the Day!

Electric Light Orchestra released their eighth ‘best of’ compilation, “The Very Best of the Electric Light Orchestra,” on July 06, 1989.  This one contains 24 classic tunes from earlier in the group’s career plus some alternate releases such as single mixes of some of the classics.  We do hope you will seek this one out and consider adding it to your collection along with yesterday’s “Ole ELO” so you can have the best all in one place.  You’ll love it.

The above icon is the “Trademark of Quality and Symbol of Integrity/Logo” of the Magnolia Hilltop Brewers and of What’s Cookin’ Productions.    The AICP-END Blog copyrights this article © 09-18-2020, all rights reserved.

[i] We offered the music of this famed West Coast band- the Grass Roots- beginning on Thursday, 06-February-2014 through Saturday, 22-February-2014.  We hope you will seek their music out by visiting whatever site you choose for the absolute best in rock music.  You will be glad you did.

[ii] We will promote the music of Tiny Tim before we ever do a slut like Madonna.

[iii] We began promoting the music of the Jimi Hendrix Experience and Jimi Hendrix on Sunday, 22-December-2013 through Thursday, 16-January-2014.  Please check the albums out, you will enjoy them.

[iv] We promoted the music of the Who and of its individual band members beginning on Monday, 03-August-2015 through Sunday, 29-November-2015.  We hope you will seek out the music of this veteran British band as well as of Pete Townsend, John Entwistle, Keith Moon, and Roger Daltrey.  We know you will enjoy them.

Our personal identity and security are now very important so I, like everyone else at the American Institute of Culinary Politics-Elemental News of the Day has had local Bakersfield, California, up-and-coming street artist, Simone, create some portraits of me. The problem is in this hyper age of partisanship and the far left going bonkers, we have had to cut back on how much of ourselves we share with the readership. Sad to say, it sucks especially for someone such as me who lives in a small community and owns a business. I have been in professional foodservice for a long, long time and have known Stinkbug for an equally long time. My name is pronounced KRONK-L-MYER but everyone calls me "The Krink." Gervais writes from Frazier Park, CA. Gervais is a member of the Libertarian Party. Contact me: chefgervaisGE3130@gmail.com View all posts by Chef Gervais "The Krink" Krinkelmeier