YY. 2019 Monday: In the state of Para in Brazil, a gang war between two rival gangs explodes at the Altamira Prison what with 58 slain, including 16 beheaded among that horrifying number. Eventually, prison guards retake the prison but the violence is absolutely horrendous. 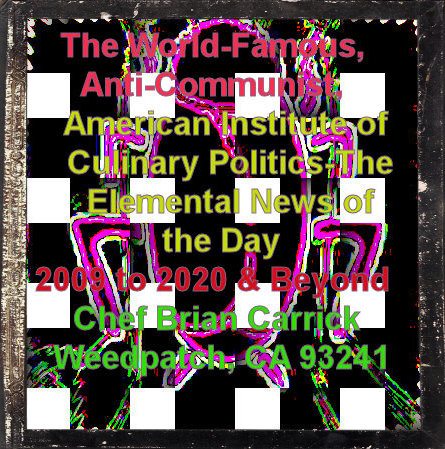 This artwork is #0174 an 8” x 210” original oil painting by Beverly Carrick, which, she entitled, “It’s the Berries.”  It is among her more beautiful works and is available for sale.  You can see much more of her work at her Website, found at beverlycarrick.com, or at the blog’s Facebook page.  At her Website, you will see not only more original oil paintings but also lithographs, giclees, prints, miniatures, photographs, and even her award-winning instructional video entitled, “Painting the Southwest with Beverly Carrick.”  Beverly has been painting for more than 60 years and known around the world for both the beauty and timelessness of her artworks.  Hanging in private and public galleries and followed by many fans encircling the globe—her works instill awe because of her artistic brilliance and personal beauty.  We urge you to go to her Website NOW and view her work.  It is possible that you will find something you like and will want to buy it for yourself, a friend, a loved one, or a neighbor!  You will not be disappointed so please: do yourself a favor and go there IMMEDIATELY!  Thank you, the American Institute of Culinary Politics-Elemental News of the Day! 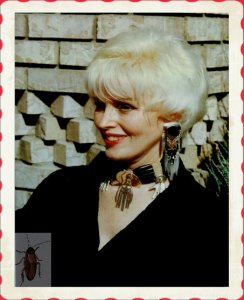 On November 28, 1992- just in time for the holiday season, no less, Supertramp released their next ‘best of’ compilation, “The Very Best of Supertramp II.”  This album was a retrospective beginning with the band’s third album, “Crime of the Century,” (09-14-1975) through “Famous Last Words” (10-07-1982) plus the title track from “Free as a Bird” (10-13-1987)  There are 14 definitive tunes culled from the albums spanning a decade, all of them worthy of ownership by you.  We hope you will seek this album out and consider adding it to your growing collection of nothing but the absolute best in rock music.  You will be glad you did.  We guarantee it.

The above icon is the “Trademark of Quality and Symbol of Integrity/Logo” of the Magnolia Hilltop Brewers and of What’s Cookin’ Productions.    The AICP-END Blog copyrights this article © 07-29-2020, all rights reserved. 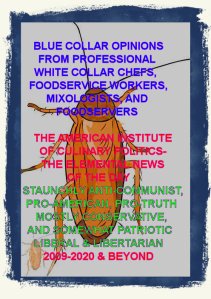 [i] We look forward to promoting the music of Thin Lizzy when we promote the music of U2, sometime within the next 4-5 years.  We hope you will be with us when we do.

[ii] We began promoting the music of both the Beatles and the band’s individual components on Friday, 04-November-2016 through Sunday, 11-June-2018.  Besides the Beatles, we also promoted the music of John Lennon, Paul McCartney, Ringo Starr, and George Harrison as well as the Traveling Wilburys.    The album, “Help!” appeared on Tuesday, 15-November-2016.  Please seek out this massive offering by visiting the blog posts between those dates. You will be glad you did.

[iii] Not sure as to when we will begin promoting the music of Bob Dylan but one day, we sure heck we do.  Stay tuned.

[iv] We offered the music of the Byrds beginning on Monday, 16-January-2012 and concluded the presentation on Friday, 17-February-2012.  Sadly, we were shortsighted at the time that we did not present the various members’ solo projects but one day, we hope to rectify that error.

[v] We presented another series of interconnected bands which included Free, Bad Company, Led Zeppelin, the Firm, Mott the Hoople, Ian Hunter, the Yardbirds, and a plethora of solo and group efforts beginning on Wednesday, 02-July-2014 through Sunday, 19-October-2014.  We definitely hope that you will seek this music out and consider adding it to your growing collection.

[vi] At some point, we will do the music of the Mamas and the Papas the same time we do the music of Sonny & Cher.  We hope you will continue awaiting that celebrated day.

[vii] We began promoting the music of the Grateful Dead- including Jerry Garcia, Bob Weir, Mickey Hart, and Phil Lesh- beginning on Tuesday, 30-August-2011 through Wednesday, 11-January-2012.  Then, we did a second series featuring more albums by this fabled San Francisco band beginning on Friday, 09-August-2013 through Monday, 19-August-2013.  At some point, we will have to do a third series as the music from this band never ends.  Please, seek them out and consider adding them to your collection.

The American Institute of Culinary Politics-The Elemental News of the Day seeks to build a better site as well as launch a website of interest to everyone. We can only do this with your help so we urge you to please, donate a buck so we can achieve greatness for the blog site and for our readership. Tough times are coming with the changes in the world so please, join us and support us. We thank you.