W. 1943: A German student group opposed to Adolf Hitler and the Nazis, the White Rose, leaves the following message on a Munich façade: “Out with Hitler! Long live freedom!” On February 18, its leaders undergo arrest and on the 22nd of the month, meet their end at the hands of the Gestapo and a guillotine. Meanwhile, on the Eastern Front, the Red Army recaptures the city of Kharkov. 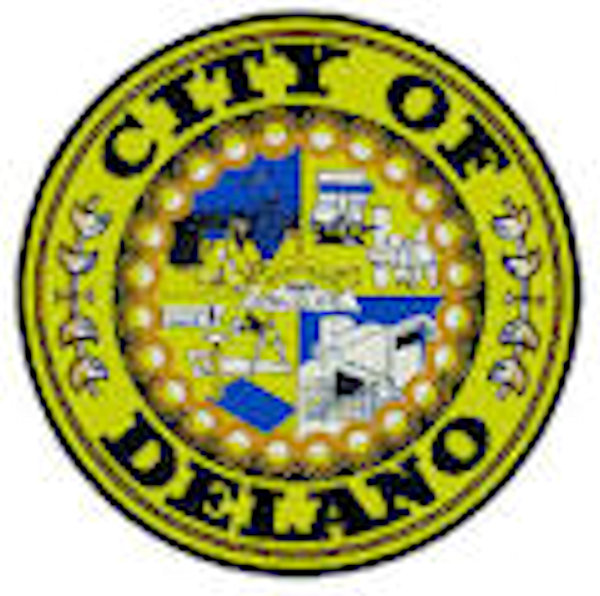 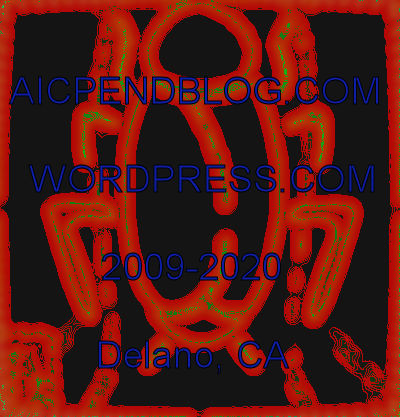 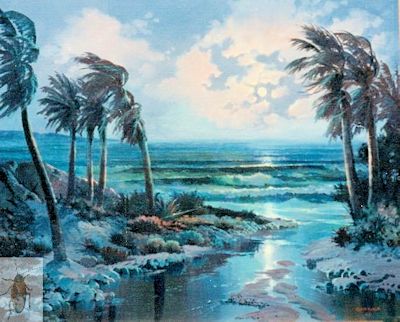 This artwork is #0011 a 20” x 24” original oil painting by Beverly Carrick, which, she entitled, “Maui Night.” It is among her more beautiful works and is available for sale. You can see much more of her work at her Website, found at beverlycarrick.com, or at the blog’s Facebook page. At her Website, you will see not only more original oil paintings but also lithographs, giclees, prints, miniatures, photographs, and even her award-winning instructional video entitled, “Painting the Southwest with Beverly Carrick.” Beverly has been painting for more than 60 years and known around the world for both the beauty and timelessness of her artworks. Hanging in private and public galleries and followed by many fans encircling the globe—her works instill awe because of her artistic brilliance and personal beauty. We urge you to go to her Website NOW and view her work. It is possible that you will find something you like and will want to buy it for yourself, a friend, a loved one, or a neighbor! You will not be disappointed so please: do yourself a favor and go there IMMEDIATELY! Thank you, the American Institute of Culinary Politics-Elemental News of the Day!

In 1977, Roxy Music released their first ‘best of’ package, “Greatest Hits.” This unique art-rock band has so many classic tunes that there is a grand introduction here for the uninitiated. If you want to hear one of the finest musicians of the day as well as someone who musically has it together and is the third pillar of Roxy Music, this album is one YOU need to own. Please use our link so you can redirect your browser to Amazon.com where you can get it for a somewhat hefty price unless you can find an acceptable used version—you will be glad you did.

The above icon is the “Trademark of Quality and Symbol of Integrity/Logo” of the Magnolia Hilltop Brewers and of What’s Cookin’ Productions.   The AICP-END Blog copyrights this article © 02-16-2020, all rights reserved.

[ii] We began promoting the music of both the Beatles and the band’s individual components on Friday, 04-November-2016 through Sunday, 11-June-2018. Besides the Beatles, we also promoted the music of John Lennon, Paul McCartney, Ringo Starr, and George Harrison as well as the Traveling Wilburys.

[iii] This is a HOKEY pseudo-science, much like palm-reading and tarot cards to forecast the future. The Sun is the prime driver of climate change across our Solar System, no matter what that crackpot loony tunes, pot-smoking loser, Bill Nye the ‘Science Guy’ claims. Climate on all nine planets (yes, Pluto is a planet) is driven by or the lack of solar flares, sunspots, and solar winds. Do not allow leftist scumbags to terrorize you into believing something that simply that is impossible for humanity to cause. Consider this: in the previous century, s-o-o-o many bombs were dropped, so many artillery shells rained down upon humanity, and so many nuclear weapons tests below ground, at ground level, in the atmosphere, and in the oceans occurred and yet, here we are. Next time some loser attempts to frighten you into surrendering all of your liberties to ‘save the planet,’ tell them to go suck an un-circumcised schlong and to shut the f**k up. You will feel much better.

[iv] We look forward to doing the music of this famed funk-rock band. The Ohio Players are amazing

[v] Many people believe that President Barack Hussein Obama deserves an asterisk after his name in the history books seeing as how he never cleared up the matter of his birthplace. Yes, he did present a birth certificate of sorts but many contend it was a forgery and that he should be removed completely from the history books of the United States.

I have been in professional food service for a long, long time, moving into management back in 1973. At the time, I was the Food and Beverage Director at one of the hotels in Bakersfield, CA, located on Union Avenue. I was in my late thirties at the time. I am still working at one of the local hotels in the nearby town of Delano, CA, a place that has been my home for the past 10 years. Our city has experienced marvelous growth and is fast becoming a player in county politics. Chef Charles Smithenstein writes from Delano, California. Chef Charles Smithenstein is a liberal Republican Contact me at thechuckster61O@hotmail.com View all posts by Chef Charles Smithenstein