Many fear a new civil war is already underway and if you ask me, I concur. I think we are a year or two away from bullets flying back and forth and sticks of napalm dropping from low-flying aircraft, but if we continue down the path we are already treading and fail to turn away, an event equal to or greater than Ft. Sumter will surely occur. 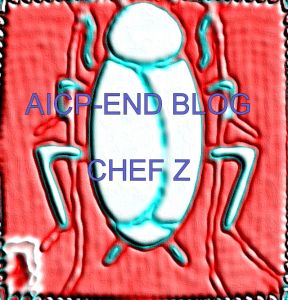 THE AMERICAN INSTITUTE OF CULINARY POLITICS-ELEMENTAL NEWS OF THE DAY COMMENTARY-OPINION-SPORTS-FOOD SERVICE FOR WEDNESDAY, JANUARY 22, 2020 BY CHEF B. H. CZNYSTEKINKI

The Democrats have set a freak show in motion in the U.S. Senate- it won’t work well for them in the end…

Valencia, CA 91354, 01-22-2020 Wednesday: The impeachment trial of President Donald J. Trump began yesterday and what a load of rubbish.  Rubbish with emphasis.  The kind my grandparents used to trot out to the backyard of incinerator of yesteryear and burn before people began crying and wailing and gnashing their three teeth about the imminent end of the planet within the next few years.

If this proceeding is going to continue for 12 hours per day, six days per week, and perhaps for a month or more, people are going to begin tuning out and watching reruns of the Beverly Hillbillies, Two and a Half Men, Three’s Company, or some such other fun rather than the mindless drivel Democrats are presenting in the U.S. Senate.  Zoe Lofgren, wow, what a snooze fest.

Adam Schiff, well, we know how most people respond to this moron and it’s never good.  Besides being ‘too ugly for TV,’ he is a walking freak show, eyes bulging, Adam’s apple bobbing up and down the lengthy throat, and looking and acting like a man possessed by Satan himself and not a junior grade demon.  The guy makes me want to throw a sneaker through the television screen, so flipping lunatic and imbecilic, I cannot take it.

The Democrats are playing a dangerous game here, one that will hopefully backfire in their faces and cause massive losses in their elected numbers come November but could also cause the current Cold Civil War to flare up, explode, and launch a Second Civil War.

Many fear a new civil war is already underway and if you ask me, I concur.  I think we are a year or two away from bullets flying back and forth and sticks of napalm dropping from low-flying aircraft, but if we continue down the path we are already treading and fail to turn away, an event equal to or greater than Ft. Sumter will surely occur.  It is inevitable what with all the anger, vitriol, and stomach bile that is affecting the American people.  It simply cannot continue and it is my hope that we can somehow stop it from erupting.

I would have thought the impeachment scam would never have gotten as far as it has.  I mean, when people are talking about impeachment being the cure to what ails you well before the president even assumes office, how is that NOT an example of prejudice in the worst extreme?

Friends, if we are going to allay this Second Civil War, we must act now.  We must find a way by which, we can stop this anger.  This anger did not begin on Election Day 2016 but has been ongoing since the 1970s and President Richard M. Nixon.  Republicans have been unhappy with what the Democrats and reluctant Republicans did to President Nixon but he did indeed commit crimes.

Likewise did President Bill Clinton when lying under oath.  Although Clinton remained in office following his trial in the Senate, Democrats were outraged about how he was treated and so they set out to punish George W. Bush when he succeeded him in 2001.

We need to halt this cycle.  If the Russians are indeed interfering in our society, this is precisely how they would go about it.  Thus, are the Democrats the REAL Russian agents?

Chef B. H. “BC” Cznystekinki writes from Valencia, California.

Chef B.H. “BC” Cznystekinki is a Conservative Republican.

You can contact me at the following email address: bh.bc.cznystekinki1@gmail.com

HOW TO CONTACT THE AMERICAN INSTITUTE OF CULINARY POLITICS-ELEMENTAL NEWS OF THE DAY: Write us at PO Box 20669, Bakersfield, CA 93390-0669 or call us at (661) 374-1430 between the hours of 8:00 a.m. and 8:00 p.m. PST weekdays and weekends, well, take your chances.  You can also email us by contacting the author of the week using his or her email address, which we provide beneath their personal information. 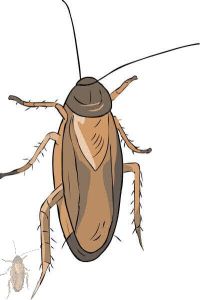 This artwork is #1154 a 24” x 36” original oil painting by Beverly Carrick, which, she entitled, “Day is Done.”  It is among her more beautiful works and is available for sale.  You can see much more of her work at her Website, found at beverlycarrick.com, or at the blog’s Facebook page.  At her Website, you will see not only more original oil paintings but also lithographs, giclees, prints, miniatures, photographs, and even her award-winning instructional video entitled, “Painting the Southwest with Beverly Carrick.”  Beverly has been painting for more than 60 years and known around the world for both the beauty and timelessness of her artworks.  Hanging in private and public galleries and followed by many fans encircling the globe—her works instill awe because of her artistic brilliance and personal beauty.  We urge you to go to her Website NOW and view her work.  It is possible that you will find something you like and will want to buy it for yourself, a friend, a loved one, or a neighbor!  You will not be disappointed so please: do yourself a favor and go there IMMEDIATELY!  Thank you, the American Institute of Culinary Politics-Elemental News of the Day!

Thanks to local Oildale, California, street artist, Simone, what you see here is his representation of me. No longer do we share photos- even old ones- as there are too many crazy f**ks out there who will picket our restaurants, follow us home, and cause trouble. Therefore- we write with aliases and share facsimiles now because when you own businesses as we do, it does not make a great deal of sense to share too much information lest people boycott our businesses or worse, attack our families and us. I always loved to cook and apprenticed as a young man which is what most of have done who write for the American Institute of Culinary Politics-Elemental News of the Day. We share a love for the culinary world and do our best to share that love with you. We hope you enjoy it! Chef B. H. “BC” Cznystekinki writes from Valencia, California. View all posts by Chef B.H. Cznystekinki